The Expendables on Blu-ray November 23rd

The Expendables, Sylvester Stallone’s latest blockbuster movie, which teams up of some of the greatest action stars ever, will be released on November 23rd as a three disc blu-ray combo pack as well as on DVD, digital download and on demand.

Both the blu-ray combo pack and standard DVD will be loaded with extras created in collaboration with Stallone, including making-of access, a deleted scene and gag reel, an audio commentary with Sly and more. Choose your weapon! You can order now for just $19.99.

The combo pack also includes three exclusive features: Inferno, a feature-length behind-the-scenes documentary that provides a unique perspective on the filmmaking process from Stallone’s distinctive point of view; Comic Con 2010, featuring the entire Expendables panel (Sylvester Stallone, Dolph Lundgren, Randy Couture, Terry Crews and Steve Austin) from their visit to this year’s San Diego Comic Con; and Ultimate Recon Mode, where Stallone and the other Expendables provide a multi-layered, all-access look at the making of the film as it runs. 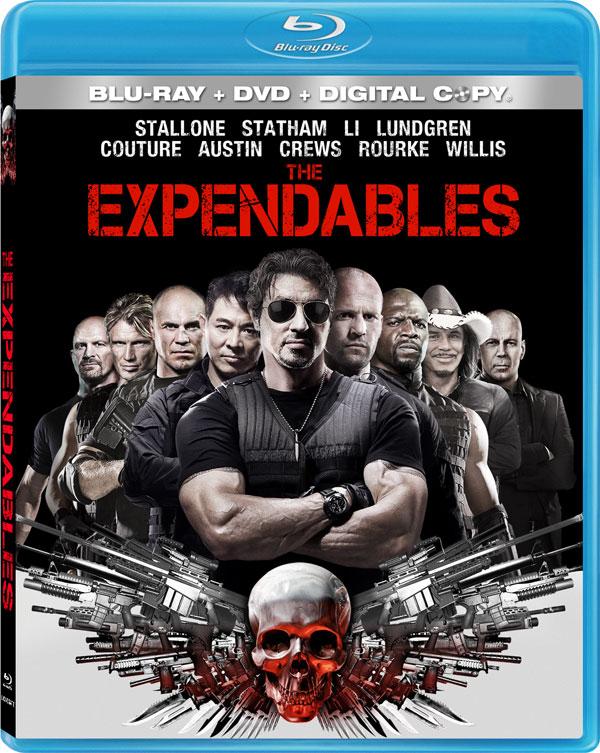