Sylvester Stallone’s recent art exhibition at the world’s biggest museum of Russian art in Saint Petersburg has been hailed as a success.

The action star unveiled a retrospective of his abstract paintings which won praise from the curators at the State Russian Museum.

Stallone said it was an honour to show his works in Russia’s historic capital. He also added that if he had a choice, he would spend his life painting and sculpting instead of starring in action movies. 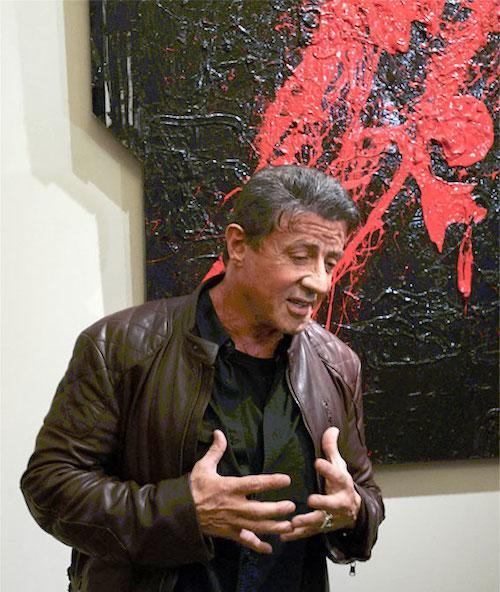 The exhibition was entitled ‘Sylvester Stallone. Art. 1975-2013’ and attracted a crowd of about 1,000 people who stood in line on opening day to enter the museum in the centre of Russia’s second city.

Stallone, an Academy-award nominated actor, director and screenwriter, studied art before his film career took off, and has also had shows in Switzerland and Miami.

The museum website describes Stallone’s works as “comments on the events in his creative and personal life” that focus on the use of bright colours.