‘Real Love: Paintings 1975-2015’ is an art exhibition at the Galerie Contemporaine du Musée de Nice which encompasses four decades of Sylvester Stallone’s work as a painter, from his earliest figurative works to his most recent large abstract canvases.

Although Stallone is best known for depicting classic characters like Rocky and Rambo on the big screen, Stallone’s ‘real love’ has always been the visual arts and has a deep lifelong passion for painting and sculpting.

Described as ‘primal’ and ‘highly expressive’, Stallone’s work draws on themes of time, celebrity and hope with startling honesty. Though many might discover Stallone’s work because of his international fame as an actor, the ways in which his unique history is represented on the canvas is distinctive in its own right. His “Finding Rocky” (1975), precedes the script and release of the seminal film. 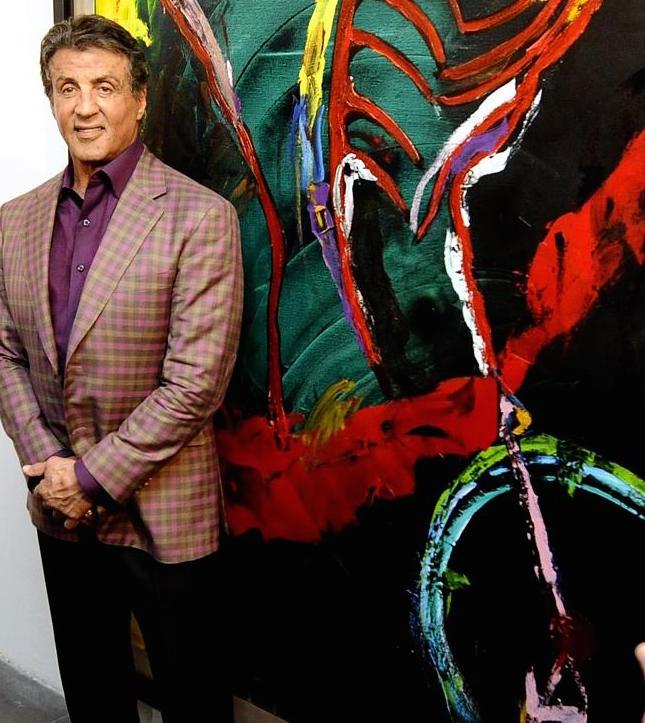 Stallone’s retrospective in Nice follows his critically acclaimed 2013 retrospective at the State Russian Museum in St. Petersburg, “Sylvester Stallone. Painting. From 1975 Until Today.” The landmark St. Petersburg retrospective continues in ‘Real Love’, which includes some painting displayed for the first time.

Stallone has the Rocky spin-off Creed slated for a November 25th release, and has recently been confirmed to voice a character in the forthcoming Ratchet & Clank movie, an animated film directed by Kevin Munroe, due in theaters April 29, 2016.