The new musical adaptation of Rocky was a the subject of a press event in Hamburg, Germany in late November.

Sylvester Stallone was on hand to promote the event and was joined by boxing brothers Vitali and Vladimir Klitschko at the Operettenhaus, where the November 2012 world premiere of the musical will be held prior to a Broadway run in 2013. The cast for the developmental lab featured Andy Karl as Rocky, Glenn Flesher as Paulie and Tricia Paoluccio as Adrian. 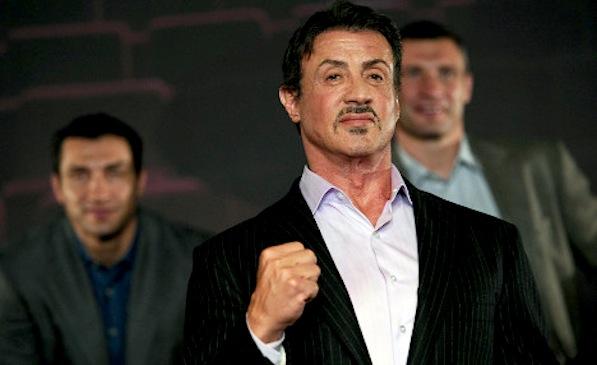 The Klitschko brothers are working with the producers on the boxing elements of the musical, but Stallone said he would also be taking a hands-on approach: “I’ve always thought Rocky had the right stuff for a musical and have wanted to do it for a long time,” said the actor.

Check out footage of Sly at the press conference and talking about the development of Rocky: The Musical:

Rocky  tells the rags-to-riches ‘American dream’ story of Rocky Balboa, a club fighter who gets a shot at the world heavyweight championship when the scheduled contender is injured. “I imagine I will be able to help the future star of the show to learn the body language of Rocky, and to develop a feeling for the character,” said Stallone. “Boxers are always tense, always moving around, and each one has his own characteristics.” 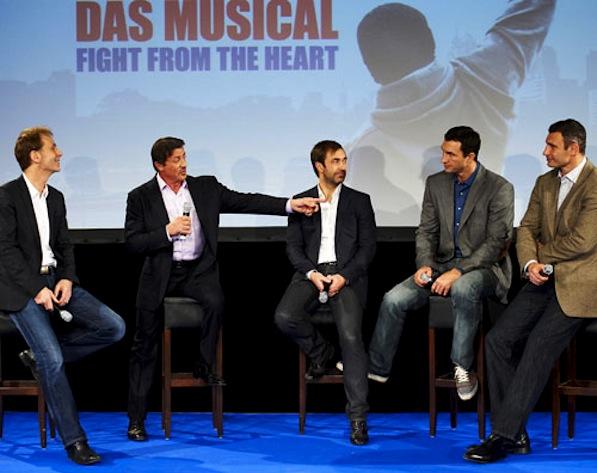