Click the image to play a fun boxing game in the run up to the release! 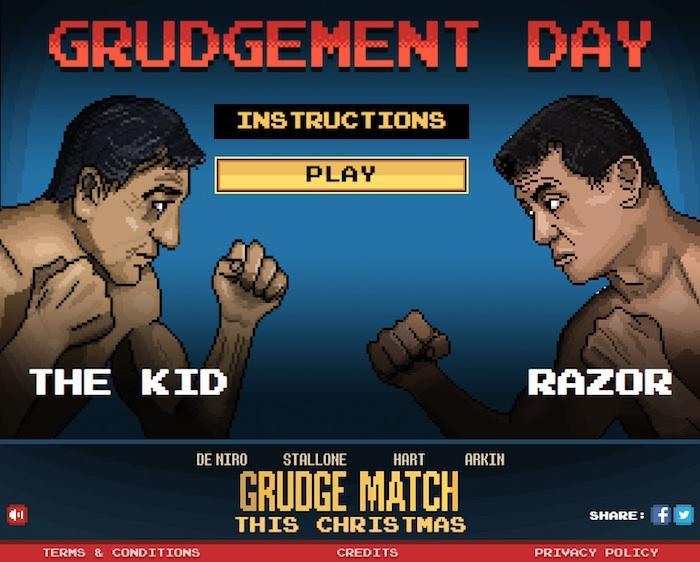 Two retired boxers (Sylvester Stallone and Robert De Niro) decide to settle a long-standing beef by heading back into the ring in this sports comedy from director Peter Segal. Back in the day, Billy “The Kid” McDonnen (De Niro) and Henry “Razor” Sharp (Stallone) were the two biggest bruisers in the Pittsburgh boxing scene. Their fierce rivalry drawing nationwide attention, Razor and The Kid were deadlocked for the title of overall champion when the former announced his retirement just before the decisive 1983 match that would have determined the supreme champion.

Three decades later, enterprising boxing promoter Dante Slate Jr. (Kevin Hart) lures the ageing pugilists back into the ring for the fight that everyone has been waiting for. Meanwhile, when Razor and The Kid see each other for the first time in 30 years, the cameras are rolling as tempers suddenly flare. In no time that unscheduled scuffle goes viral, prompting both fighters to resume their intensive training in a bid to be the one who delivers the knockout blow during the highly anticipated bout.

Will you be in the theater over the Christmas holidays to see Stallone and De Niro duke it out in the ring? Let us know!