From Rocky to Creed: The Legacy Continues

In advance of the theatrical release of Creed on November 25, premium TV network EPIX has announced that it will air an exclusive documentary called From Rocky to Creed: The Legacy Continues. The one hour film will chronicle the 40-year story of the Rocky saga. 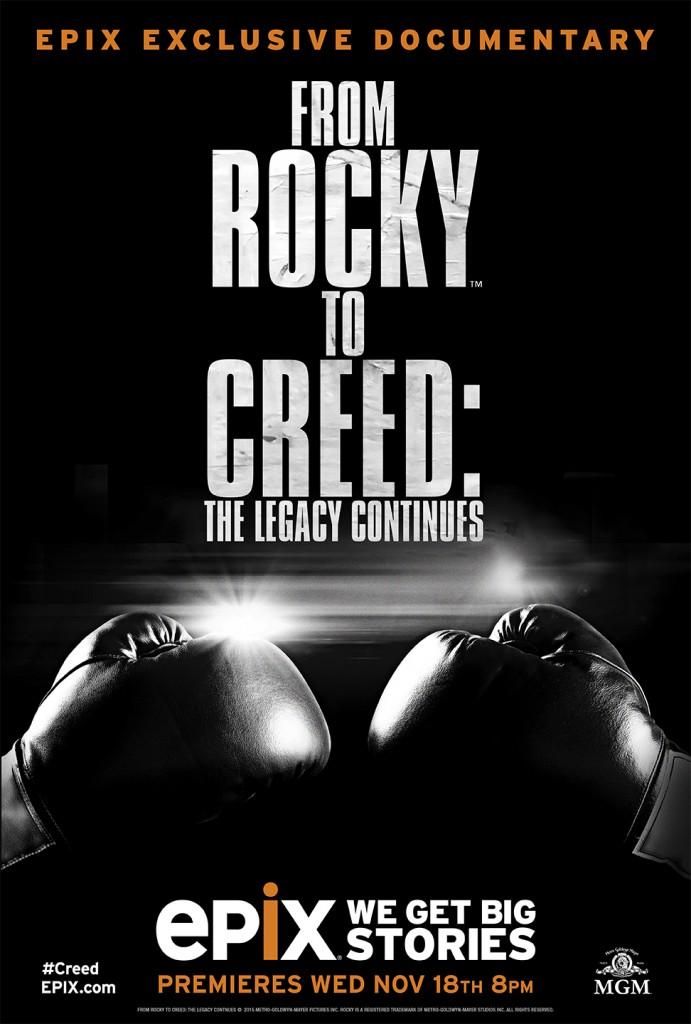 The documentary also provides fans old and new with an inside look at the latest chapter in the Rocky story, Creed, which stars Michael B. Jordan as Adonis Johnson, the son of Apollo Creed; Sylvester Stallone reprising his role as Rocky; Phylicia Rashad as Mary Anne Creed; and English pro boxer and former three-time ABA Heavyweight Champion Anthony Bellew as boxing champ “Pretty” Ricky Conlan.

Excited? Let us know in the comments below!