It has been a busy time for Sylvester Stallone. Between attending his ‘Evening with’ event in Sheffield, and shooting a commercial for the British bread company Warburtons, Sly has also been hard at work shooting the forthcoming Rocky spin-off Creed in Philadelphia. 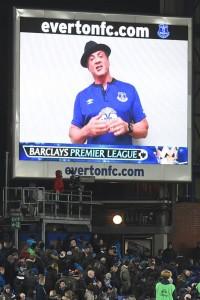 In the film, Rocky’s pupil Adonis Creed, a young relative of Apollo Creed (the fighter played by Carl Weathers with whom the Italian Stallion clashed in the first two Rocky films) takes on Pretty Boy Porter, played by actual British boxer Tony Bellew.

With Sly and Bellew as fans of Everton football club (which Sly also attended in early 2007), it was a no-brainer that Sly would appear on the big screens at Goodison Park during the half-time interval of a recent game to speak to the crowd as the Creed crew shot some exterior crowd action.

In recent weeks, Sly has braved crowds of fans in the UK, recreating the step running scene from Rocky in Bolton, Lancashire, in a shoot for Warburtons, and has been spotted atop the actual ‘Rocky steps’ outside the Philadelphia Museum of Art. Some lucky fans even managed to snap a ‘selfie’ with the man himself between takes. 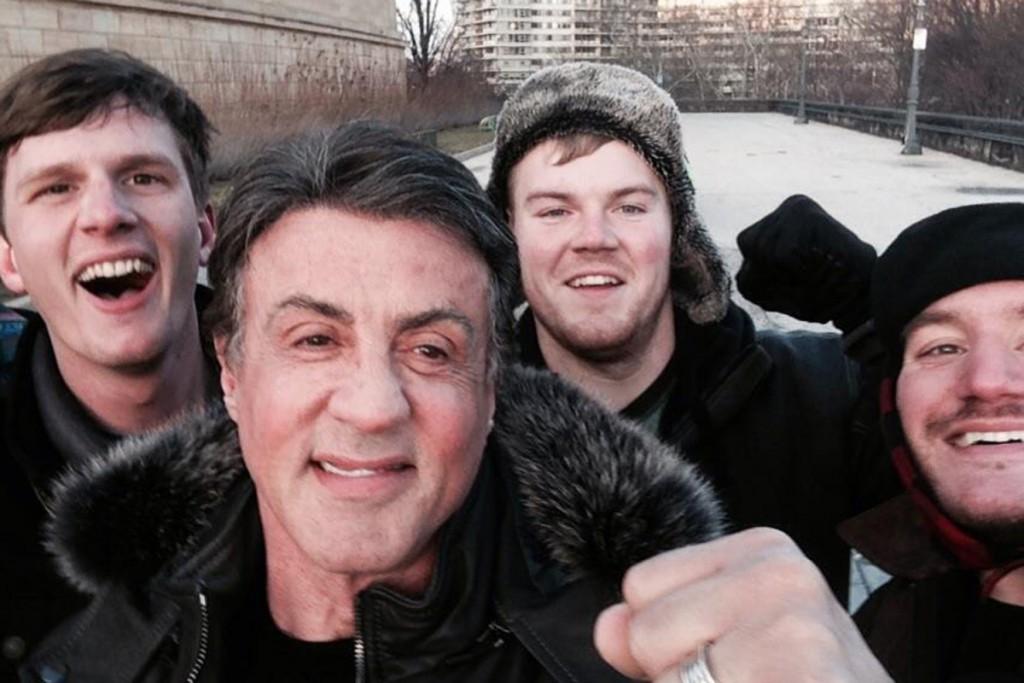 Creed is directed by Ryan Coogler (Fruitvale Station) and will see Stallone reprising his role as Rocky Balboa for the seventh time in his career alongside Michael B. Jordan.

Excited about the new movie? Let us know in the comments!