Sylvester Stallone appeared onstage at the recent CinemaCon event alongside Michael B. Jordan and director Ryan Coogler (Fruitvale Station) to present the first look at footage from the forthcoming movie, Creed.

The film tells the story of a young fighter (Adonis Creed) who has been born into privilege and who wants to earn his place in the prize ring. Receiving resistance from those who don’t believe in his mission, Adonis turns to Rocky Balboa, convincing the former champion, and ex-rival of his father Apollo Creed, to help him on his way. 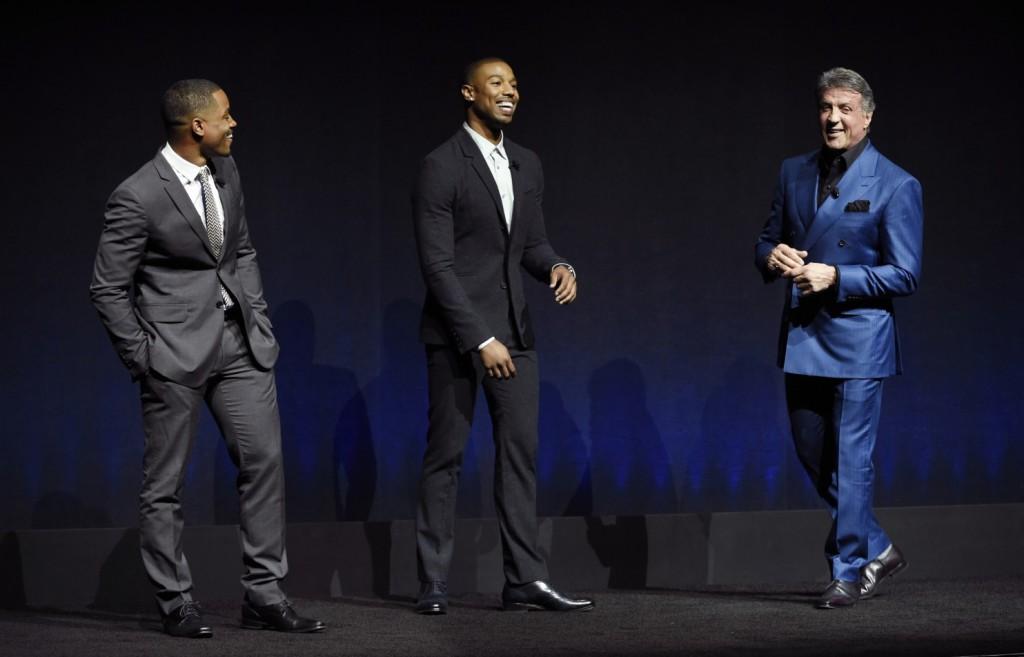 “This isn’t Rocky 7”, Stallone told the audience. Indeed, although this tale begins on the same streets where Balboa’s did, it stands on its own.